Masood A. Razaq is Chief Strategy & Partnerships Officer at Emaar EC, a public listed real estate developer in Saudi Arabia. In recent years, Masood has been an executive, board member, and advisor to companies ranging from large family-owned conglomerates to startup ventures, growth companies, non-profits and educational institutions. Earlier in his career, he was a Managing Director of Private Equity at Emirates NBD (Dubai), Group Manager of Corporate Strategy at Microsoft (Seattle), and a management consultant at A.T. Kearney, Inc. (London).    In 2010, Masood also founded Goodgate Philanthropy, an online platform for nonprofits across the Muslim world.

Under Keller’s leadership, Cascade Engineering is focused on having a positive impact on society, the environment and being financially successful as a triple bottom line, B certified corporation and Woman Owned Business. Headquartered in West Michigan, Cascade Engineering employs over 1,300 people globally and is on a journey towards Employer of Choice with the safest, heathiest workforce with opportunities for learning & development and a culture of engaged employees. Cascade drives customer Innovation, focused on shaping ideas in plastics for heavy truck, automotive, furniture industries and with our own products in the waste, recycle, agriculture and material handling industries. Cascade a leader in the circular economy being zero waste to landfill and pushing the industry forward in use of recycled material in products. Cascade is also leading with battery cases and fluid connectors for the Electric Vehicle market space utilizing Operational Excellence in plastics manufacturing.

Pauline Op de Beeck, Class of 2011, is client manager for Carbon Trust, recently recognized by Forbes 30 under 30 in the Retail and E-commerce sector. Pauline is working with fashion brands and manufacturers to accelerate the move towards a low-carbon economy. Read more at bit.ly/ZIS_Forbes30under30.

Harry Korine, Class of 1980 and member of the ZIS Mattern Alumni Award for Faculty Committee, studied engineering and international relations at Stanford University and earned his PhD in strategic management at INSEAD. His work focuses on the relationship between corporate governance and strategy.  Book-length publications include “Entrepreneurs and Democracy” and “Strong Managers, Strong Owners” (both Cambridge University Press). He teaches at the London Business School and INSEAD and consults for a wide variety of organizations. 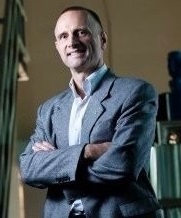 Patrick Mueller, Class of 1981 (1980-81) has been president at chemical processing equipment company DrM, running the company's worldwide activities, since 1990. In addition, he is founder and president of Turbocheck AG, and founder and CEO of DrM Shanghai Co., Ltd. He received his degrees in Chemical Engineering at ETH Zurich and an MBA at INSEAD. He holds five patents, and currently lives in Shanghai, China.

Erika Darmstaedter is Chief Client Officer and Member of the Global Leadership Team for advertising agency FCB. A brand savant renowned for solving business problems, Erika is relentless in pursuit of creating initiatives that boost bottom lines. Under her leadership, her clients have won more than 20 Cannes Lions including a Grand Prix for NIVEA. Erika started her career at Y&R, and became CEO of Saatchi & Saatchi Switzerland at the age of 34. Since then Erika has held diverse leadership positions including launching a network of shopper marketing agencies across Europe and Middle East and Africa. A global citizen and passionate traveler, Erika grew up in Saudi Arabia, Taiwan, Israel and Switzerland – where she graduated from AISZ (now ZIS) in 1981 – and was Board Member of the same in the mid 90’s. Erika has worked in London, New York, Geneva, Norköping, Zurich and Hamburg. Fluent in German, English and French and conversant in Italian, Erika now lives in Basel with her two teenage children – one who is attending York University in England and the second in the first year of the IB.

AISZ / ZIS alumnus Prof. Ehud Landau '72 studied chemistry at the ETH and earned his PhD at the Weizmann Institute of Science in Rehovot, Israel in the area of structural chemistry. His work centers around the design, synthesis and applications of biologically inspired nanomaterials. He is Professor of Chemistry at the University of Zurich.

A native of the North, Kaisa has firmly Finnish roots with sauna and strong coffee flowing through her veins, and a tendency to roam. She grew up all over Europe – in Finland for a while, then in Sweden, Belgium and later in Finland again – landing in Switzerland when she was 16.
ZIS was her community for the two formative years she spent there. She graduated in 2002 with one of the first IB Diplomas ever handed out to a ZIS student, as well as an amazing, close-knit group of friends. When her restless heart beckoned again, she moved to London to study at the London School of Economics and Political Science, graduating with a masters degree in international relations and history in 2007.

Since returning to Switzerland in 2009, she has worked in the international affairs and digital media industries, first at the ETH and now at EF Education First. In 2012–13 Kasia and her husband took a detour from the usual path towards career security and family, and spent six months volunteering at a school for street children in Tanzania. In addition to a bit of rudimentary Swahili, she picked up an open mind, heart and a deep-seated belief in the resilience of people and the humanity we all share. 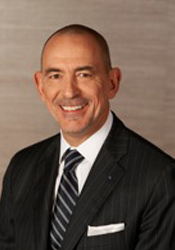 Melih Keyman is the President & CEO as well as the original founder of KEYTRADE AG, which is one of the world’s leading fertilizer trading companies. Prior to creating the company, he held leading positions in ENKA Marketing and Transammonia, always working in the fertilizer sector where he is now a 31-year veteran. Mr. Keyman is a member of the Board of Directors of The Fertilizer Institute and a council member of International Fertilizer Association. He is also trustee of Northwestern University. A native of Turkey and now also a citizen of Switzerland, Mr. Keyman has been living in Zurich since 1984 with his wife Zeynep, a onetime President of the Parents Association of ZIS. Zeynep was also instrumental in establishing the Turkey Service Project at ZIS. His children Ceyda and Ahmet are ZIS alumni and graduated respectively in 2001 and 2003. 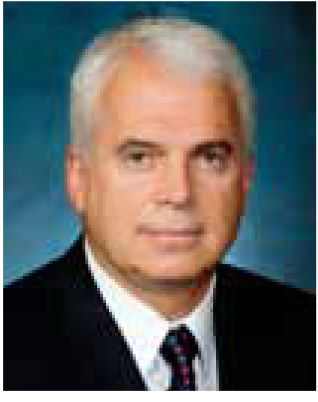 Geoffery E. Merszei, who retired in January 2013 as Executive Vice President of The Dow Chemical Company and President of Dow Europe, Middle East and Africa and Chairman of Dow Europe, is a graduate of AISZ (class of 1969). He was a member of the AISZ Board of Trustees
(1992–96) and Chairman of the Board of Trustee in 1995/96. Geoffery, a Canadian citizen, began his career at the Royal Bank of Canada as a Foreign Exchange Trader. He joined Dow in 1977 and during the following 24 years assumed various leadership roles in Asia/Pacific, Europe and the United States. Geoffery left Dow in 2001 to become Executive Vice President and Chief Financial Officer of Alcan Inc. in Montreal, Canada. He returned to Dow’s Headquarters in Midland Michigan in 2005 as Executive Vice President and Chief Financial Officer and a member of Dow’s Board of Directors. In 2010 Geoffery once again moved to Zurich for his final posting with the company.

Geoffery holds a BA in Economics from Albion College, Michigan, U.S.A. He is married to MJ and their two sons Jason and Michael live in Shanghai, China and in Palo Alto, California respectively.